The Bootleg Beatles will be performing in Malta on the 11th and 12th March 2022 at the Hilton Conference Centre, Saint Julian’s. The world renowned band, are the closest one can get to the fab four.

The Bootleg Beatles will be performing in Malta on the 11th and 12th March 2022 at the Hilton Conference Centre, Saint Julian’s. The world renowned band, are the closest one can get to the fab four.

Established in March 1980, the Bootleg Beatles registered over 4,500 performances all over the world including a US tour to commemorate The Beatles original US tour.

The Bootleg Beatles have shared stages with global stars such as Oasis, Jon Bon Jovi, Rod Stewart, David Bowie, The Corrs, and Iggy Pop amongst others. In 2002 The Bootleg Beatles played at Queen Elizabeth II’s Golden Jubilee Party at Buckingham Palace and in 2010 the band headlined the Acoustic Stage at world-famous Glastonbury Festival, drawing the largest recorded crowds for 5 years.

The band is also continuously featured in different TV and Radio programmes on national and international channels, such as the BBC Television and Radio. The band also performed Sgt. Pepper’s Lonely Hearts Club Band with the Royal Liverpool Philharmonic Orchestra at the Royal Albert Hall and the Echo Arena in Liverpool.

The Bootleg Beatles will be performing in Malta on the 11th and 12th March 2022 at the Hilton Conference Centre, Hilton Hotel in St. Julian’s 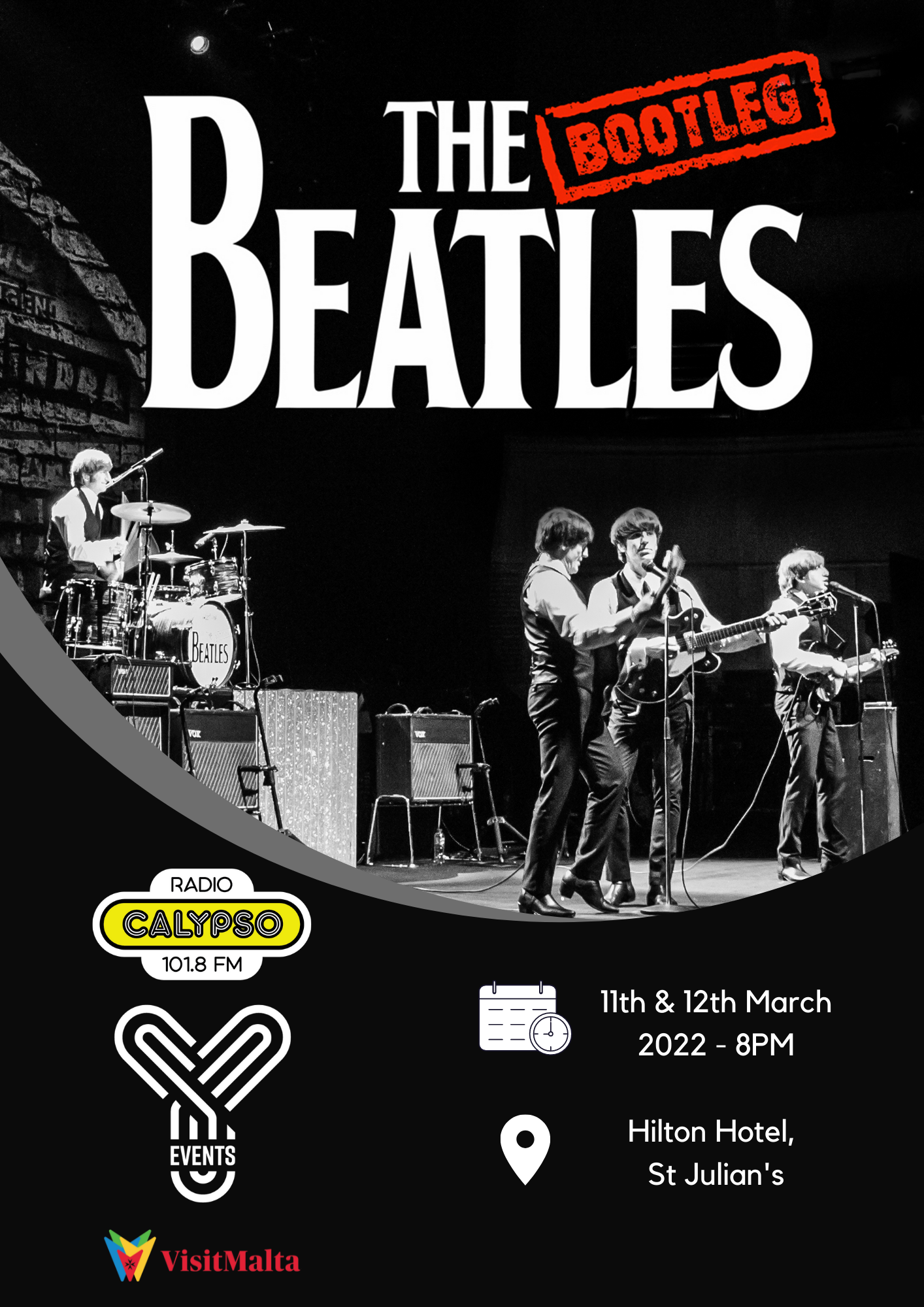