- Vaccine certificate and ID upon entry - Last entry by 11:00PM - Limited number of tickets available online - No tickets will be available at the door

We are delighted to present our first waX for 2022 with a solid line-up guaranteed to set the dancefloor on fire!
Ron Albrecht began his musical career in the early nineties. His first trips to Berlin clubs like Tresor, Bunker and E-Werk made him switch from being a regular music consumer to discovering the field of performing and DJ-ing. Over the years he played his music in almost every club in Mecklenburg-Vorpommern, various festivals, as well as appearances at all the major techno clubs, such as Tresor Berlin, Ultraschall Munich, Phonodrome and Waagenbau Hamburg, Muna Bad Klosterlausnitz and Berghain Berlin.

With productions on Hayes, Secession, Schimmer Records, Syxt and Frenzy, Phil's releases have reached the masses and carried his name far beyond his native hometown of Mainz. Now a resident for the Berlin collective BCCO and for Schimmer Records in Stuttgart, Phil has been getting exposure in Berlin as well as Amsterdam (for Vault Sessions).
Silk also marks his debut for waX, while resident Gordon Flash completes a top-quality line-up for an explosive waX 2022 opening night! 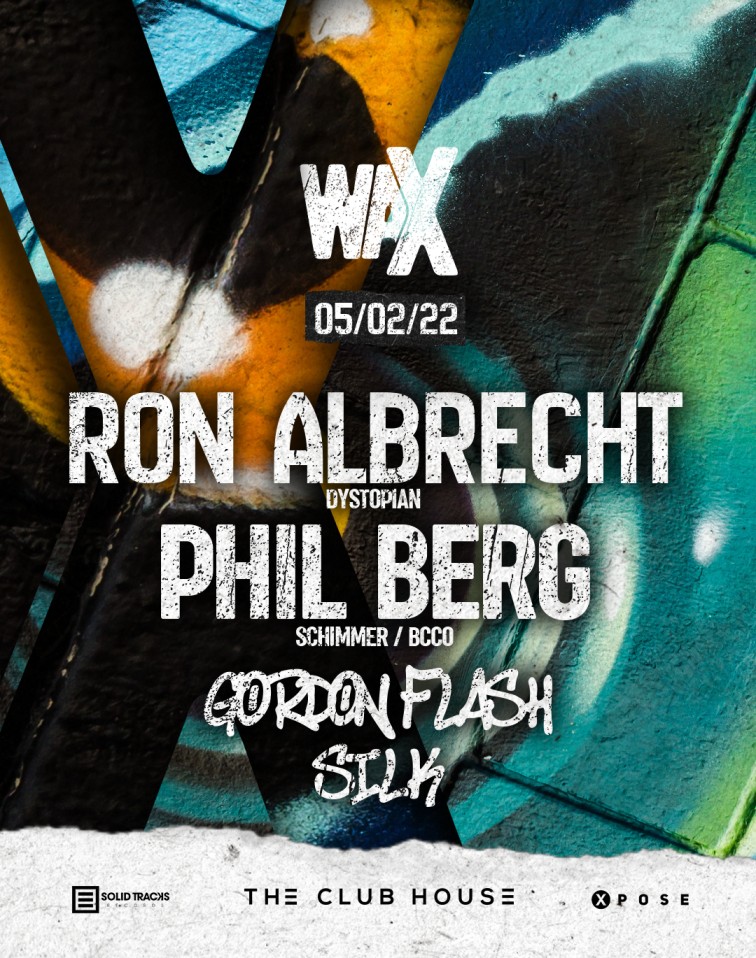