On 2 July, internationally acclaimed Cukurova State Symphony Orchestra will perform in Malta. The concert will be held at Mediterranean Conference Centre, featuring world-famous soloist from UK - violinist Chloë Hanslip, who will be performing alongside the Orchestra under the baton of a star conductor from Turkey Eray İnal.

For their penultimate evening at the 2022 Malta International Music Festival, the Çukurova State Symphony Orchestra will be teaming up with Turkish conductor Eray İnal and UK violinist Chloë Hanslip for a concert at the Mediterranean Conference Centre in Valletta on the 2nd of July, featuring the very best of what the Turkish repertoire has to offer, along with a contemporary work from Composer-in-Residence Alexey Shor. The evening will open with a rendition of the orchestral suite Köçekce, from Turkish composer Ulvi Cemâl Erkin. Erkin was a revolutionary composer who formed part of a group known as the Turkish Five, who were the first professional composers who worked to bring Turkish music in line with western models towards the beginning of the 20th century. This particular piece, written in 1943, is one of his most famous works, and reflects the characteristic harmonies, melodies and rhythms of traditional Turkish music. The orchestra then welcomes Hanslip to the stage for a performance of Alexey Shor’s Four Seasons of Manhattan, a work which evokes the changing seasons of New York across four varying movements, exhibiting memorable melodies, shimmering orchestral textures and a virtuosic yet highly emotive solo violin part. Next comes a work from the pen of İnal himself, who in addition to being a conductor, is also an established composer in his own right. The piece which shall be presented, entitled Anatolian Rhapsody, won him the 3rd Prize in the National Composition Contest organised by the Sevda Cenap and Music Foundation in February 2013, and is a melodious, powerful work, inspired by the inimitable character and spirit of the region. Finally, the Çukurova State Symphony Orchestra will close the concert with another seminal modern Turkish composer – Muammer Sun – as they present a series of short works from a collection of Kulturuş Film Müzikleri penned by him. 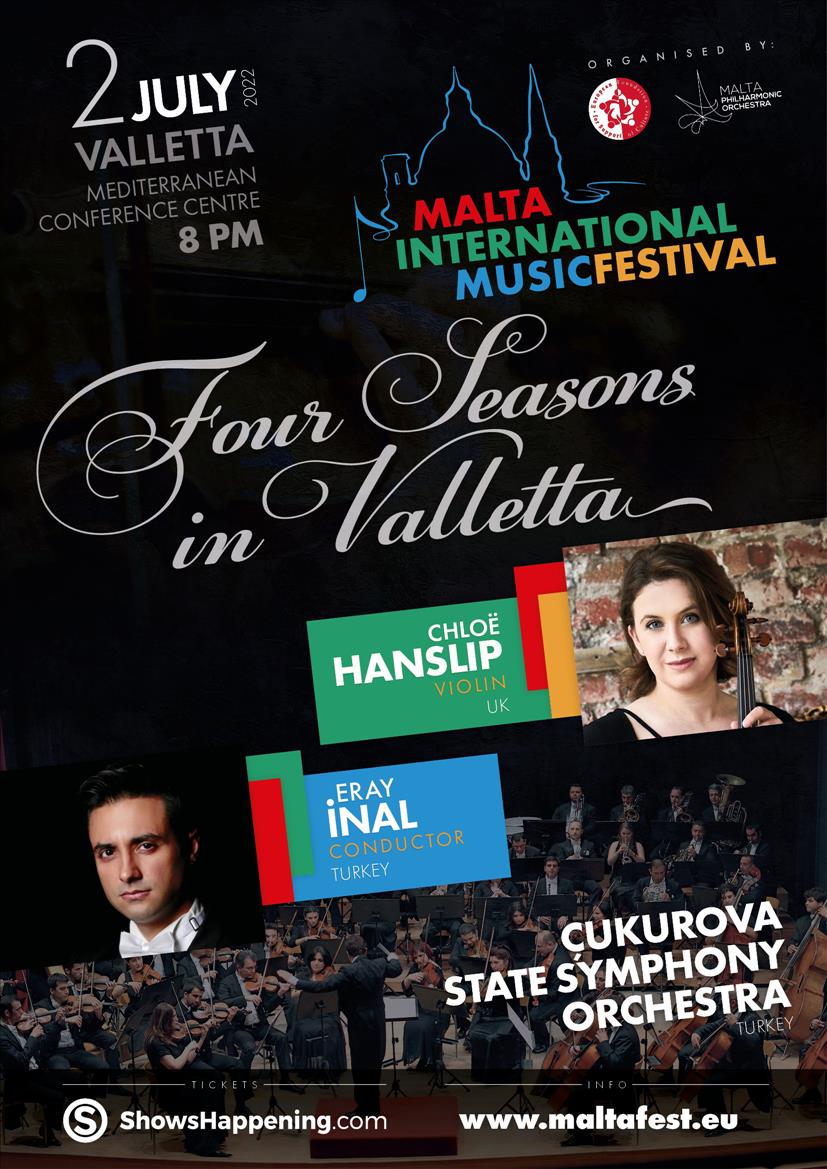