Britain’s biggest comedian Michael McIntyre makes his eagerly awaited return to Malta. Join 'one of the greatest comedy minds of his generation’ (The Times) for yet more hysterical ad libs, more outrageous observational comedy and more hilarious new routines at the conclusion of the world’s biggest comedy tour.

Michael’s previous television credits include Michael McIntyre’s Comedy Roadshow, Live At The Apollo, and serving as a judge on Britain’s Got Talent. 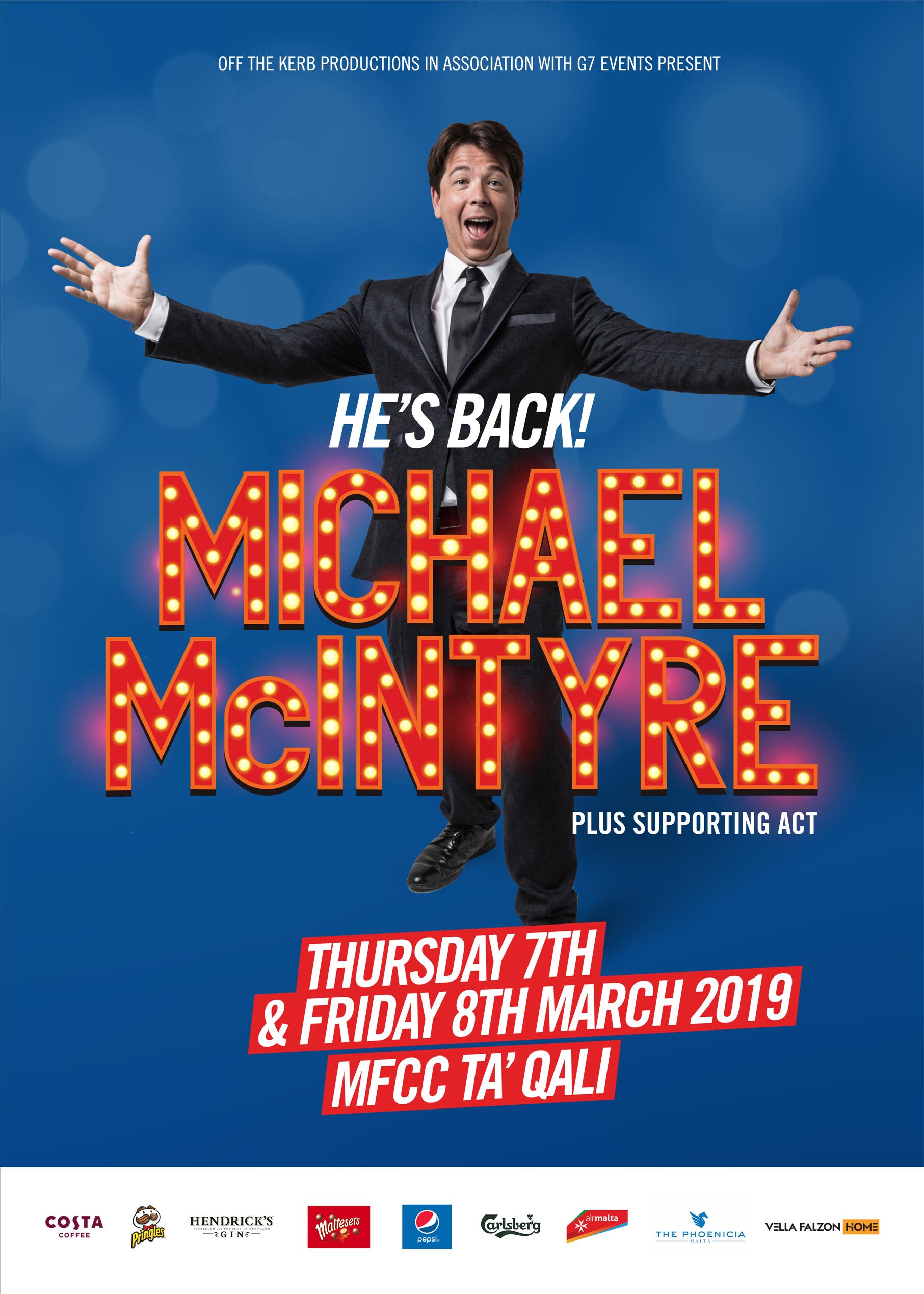