If you want a refund of your tickets kindly scroll down to the bottom of this page, or click on Show more. NNG Promotions is proud to present one of the most immediately recognized and widely respected superstars in pop music history Celine Dion, to perform live in Malta on Tuesday 6th June 2023 at Ta' Qali.

If you want a refund for your tickets kindly click here and fill in the form by 31st July 2021.

NNG Promotions is proud to present one of the most immediately recognized and widely respected superstars in pop music history, Celine Dion, to perform live in Malta on Tuesday 6th June 2023 at Ta Qali. Celine Dion’s performance will form part of her ‘Courage World Tour’ and will hit 100 cities around the globe including a very first time appearance for Malta.

Celine Dion has won numerous awards by the age of 18, dominated the pop charts in 1990s and has sold almost 250 million albums during her over 35-year career. She has earned five Grammy Awards, two Academy Awards, seven American Music Awards, 20 Juno Awards and an astonishing 40 Félix Awards. She remains one of the most sought-after recording artists, receiving the Diamond award at the 2004 World Music Awards recognizing her status as the best-selling female artist of all time.

Pop legend Celine Dion recently released three new tracks, from her highly anticipated upcoming album also entitled Courage due for release in November. “Imperfections,” “Lying Down,” and “Courage” represent an exciting new creative direction for Celine and fans will have a chance to hear songs from the new album throughout the journey of the COURAGE WORLD TOUR. 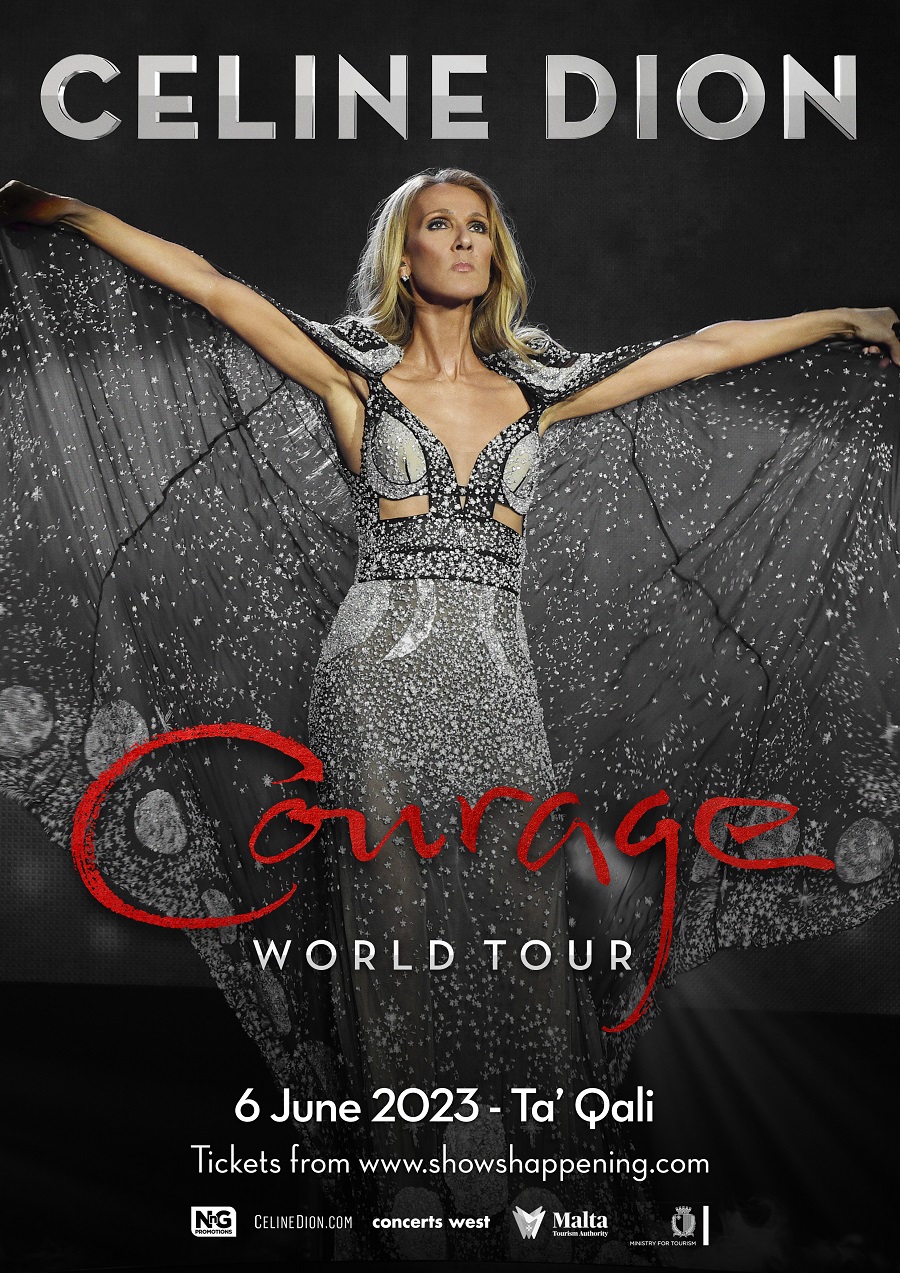