Dances for Gozo by Żfin Malta

by Ministry for Gozo

The season kicks off in Gozo with an evening of dance featuring two works – The re-staging of Jacob Piccinino’s Kalypso, and Nuova Figura, by Artistic Director Paolo Mangiola, both with strong artistic links to the island’s cultural heritage and mythology.

A work inspired by Antonio Saliba’s celestial map of the universe, held in the collection of Heritage Malta.

Paolo Mangiola is a choreographer, dance educator and performer working within ballet and contemporary dance practices. Operating in the interstices between codified dance and ordinary movement, Paolo is interested in exploring this relationship in the context of our interconnected society, drawing inspiration from various artistic sources, the web, and emerging movements. Paolo has created works for the Royal Ballet, Tanztheater Nürnberg, Aterballetto, Szczecin Opera Ballet and Balletto di Roma. He was appointed Artistic Director of ZfinMalta, Malta’s national dance company in 2017.

Kalypso seeks refuge after being exiled by her own people. Lost at sea, the waves bring her adrift to an uncharted peninsula inhabited by mythical dwellers. Her presence becomes a colonizing force on the islet and its inhabitants. She promises fertility in return for their servitude and devotion. Tampering with the harmony of this clan, Kalypso triggers a string of accidents that imperil the fate of this land.

Created by Maltese choreographer Jacob Piccinino, for ZfinMalta, Kalypso is a performance about human shame and how its associated guilt drives people to act out in unimaginable ways. It is also about compassion (or the lack thereof) between men and women, and the power struggles that can lead to brutal tension within societies.

This dynamic double-bill has been specially commissioned and funded by the Ministry for Gozo. 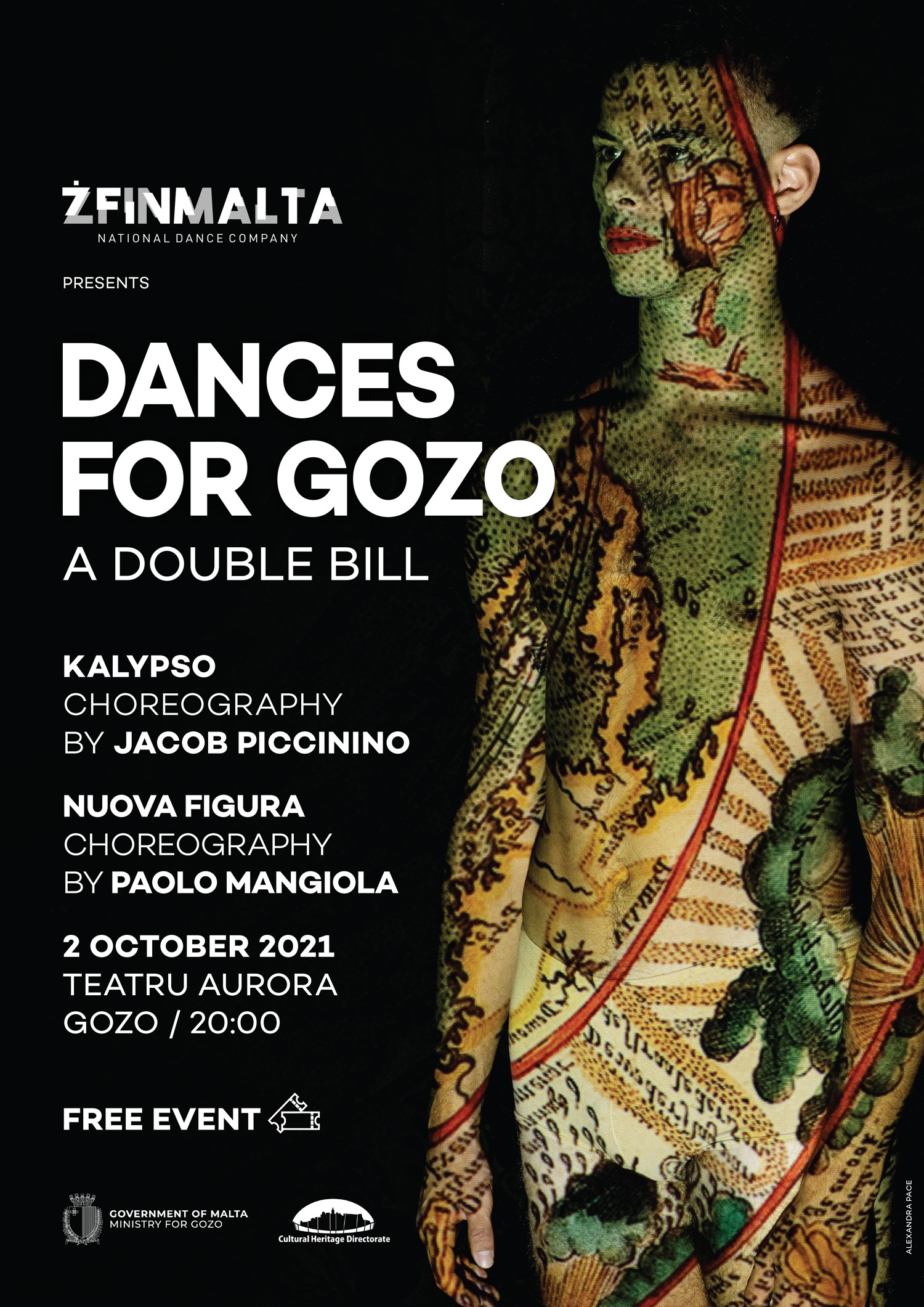