“Like the Beatles are as close to the Fab Four as you can get” - Ed Petrie, The BBC Beatlemania is hitting Malta! It’s the magical sixties again, when four young lads took the world by storm. Back then, millions around the world followed The Beatles through radio shows TV appearances. The band sold milli....

Ticket sales for Like... The Beatles unfortunately have now finished!

Beatlemania is hitting Malta! It’s the magical sixties again, when four young lads took the world by storm. Back then, millions around the world followed The Beatles through radio shows TV appearances. The band sold millions of records and albums around the globe at a time when the internet wasn’t even a dream.

Till this very day, songs by The Beatles are played over a million times a day through online means such as Spotify, Amazon, Apple Music, YouTube etc

It wasn’t just about music; it was about creating an experience which merged legendary lyrics with great music and fun.

Like...The Beatles will feature one of the most exciting official Beatles tribute bands around.  Dubbed to be the UK’s most authentic Beatles band; entertaining audiences all over the British Isles and Europe for more than a decade. Using authentic instruments and costumes, Like…The Beatles will recreate the same energy and atmosphere The Beatles generated years ago.

The concert will be held at one of Malta’s finest indoor theatres – The Mediterranean Conference Centre (MCC) in Valletta on the 8th and 9th of December 2018.

The event is being organised by Y Events, part of Y Ltd. 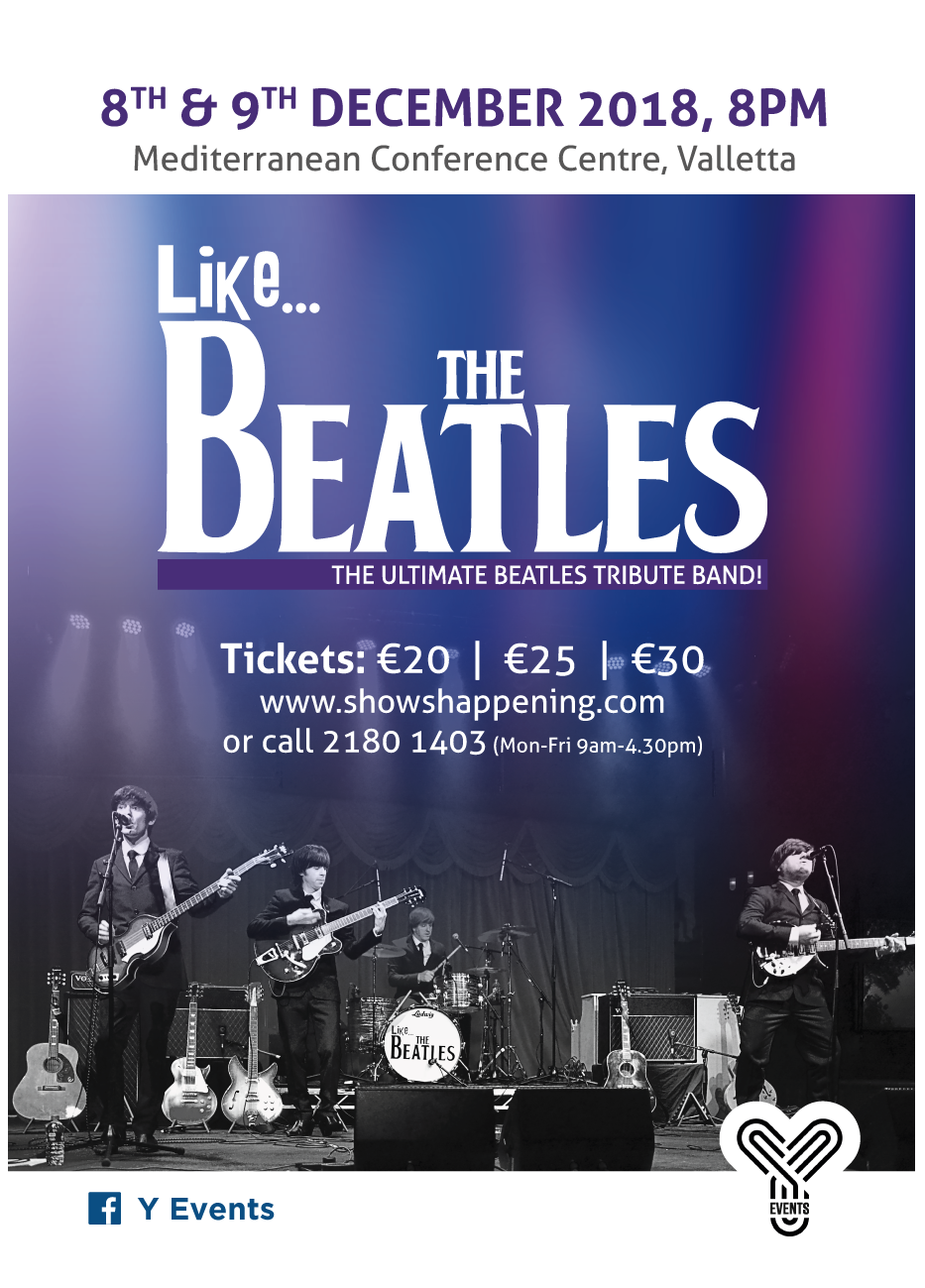