Discovered in 1913 by local farmers, the Tarxien Temples’ site was extensively excavated between 1915 and 1919, with a number of minor interventions carried out in the 1920s by Sir Themistocles Zammit, Director of Museums at the time.

Inscribed in the UNESCO World Heritage List, this site consists of a complex of four megalithic structures built between 3800 and 2200 BC, and re-used between 2400 and 1500 BC.

The earliest of the four structures, located at the easternmost end of the site and built sometime between 3600 and 3200 BC, survives only to near ground level although its five-apse plan is still clearly visible. The South Temple is the most highly decorated with its relief sculpture and the lower part of a colossal statue of a skirted figure. Remains of cremation found at the centre of the South Temple reveal that the site was re-used as a Bronze Age cremation cemetery, between 2400 and 1500 BC. The East Temple, with its well-cut slab walls and ‘oracle’ holes, were built between 3150 and 2500 BC. The Central Temple was constructed with its unique six-apse plan and contains evidence of arched roofing.

The location and relationship with the temple of decorated stones, altars and other findings, indicate which type of activities might have taken place in this site. Moreover, the discovery of stone spheres that have been interpreted as being stone rollers which were used as aids for the transportation of the megaliths, have contributed to the study of the construction of these megalithic structures.

In 2012, an elevated walkway was installed to enhance the visitors’ experience when looking at the prehistoric remains from a unique viewpoint. The construction of a Shelter, funded by the European Regional Development Fund (ERDF) 2007-2013 as part of the Archaeological Heritage Conservation Project, was also finalised.

Note: Due to some narrow points within the Temple structures, it is best to use wheeled vehicles, such as wheelchairs and pushchairs, which are not more than 62cm wide. For the convenience of visitors, a wheelchair is available on site, free of charge, upon request.

Other Heritage Malta museums and sites in the vicinity: Ħal Saflieni Hypogeum 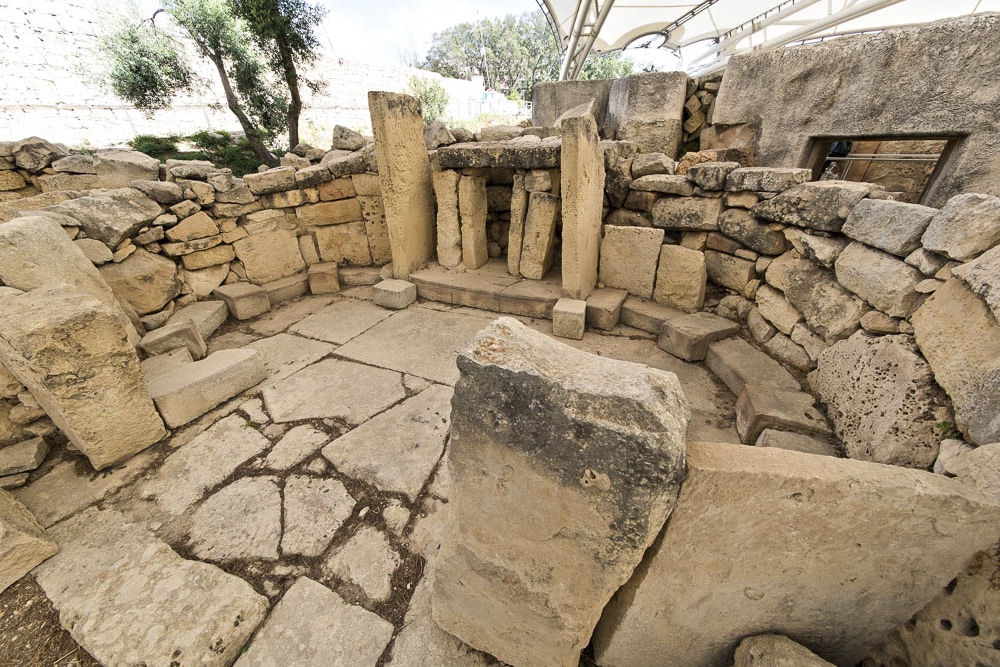