The Gozo Museum of Archaeology illustrates the cultural history of Gozo from prehistoric times to the early modern period. It relies on themes like burial, religion, art, food and daily life, making use of material from various archaeological sites in Gozo.

The Gozo Museum of Archaeology illustrates the cultural history of Gozo from prehistoric times to the early modern period. It relies on themes like burial, religion, art, food and daily life, making use of material from various archaeological sites in Gozo.

The museum is located immediately behind the original gateway to the Citadel and is housed in a refined 17th century townhouse which was once the residence of the Bondì family. Subsequently, it fell into disuse and remained long neglected until Sir Harry Luke, Lieutenant Governor of the Maltese Islands, took the initiative to restore it in 1937.

In May 1960, Casa Bondì was inaugurated as the first public museum of Gozo, hosting artefacts of an archaeological and ethnographic nature. The building came to house the archaeological collection in 1986 as part of a reorganisation programme of the Gozo museum collection which led to separate collections being exhibited in various buildings in the Citadel.

Following a series of recent upgrading interventions, the museum’s permanent display is, at present, divided into three main sections: Prehistory, the Classical Period, and the Medieval and Early Modern periods.

The Prehistoric display is spread out in several rooms and focuses on a number of themes, including the natural resources, subsistence and daily life, religious beliefs, and practices and burial customs. The Classical Period is represented by a number of Phoenician, Punic, and Roman artefacts which were discovered on several sites in Gozo and Comino. Artefacts range from those associated with burial to statuary and the decorative arts. The museum visit ends with a display of materials from the Medieval and Early Modern Periods, closing with the arrival of the Knights of St John. 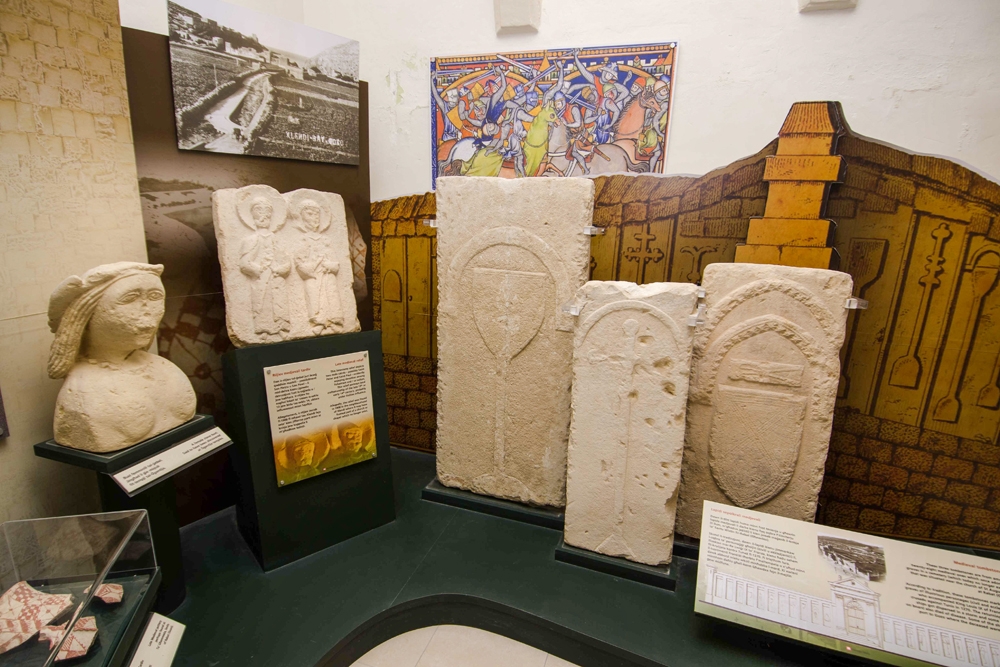