Malta’s oldest prehistoric site of Ghar Dalam engages visitors to step back in time. Rows of ancient animal bones which were unearthed from Ghar Dalam cave are exhibited in a museum which still retains one of a handful Victorian style displays in Europe.

Malta’s oldest prehistoric site of Ghar Dalam engages visitors to step back in time. Rows of ancient animal bones which were unearthed from Ghar Dalam cave are exhibited in a museum which still retains one of a handful Victorian style displays in Europe. No such animals have lived on the Maltese Islands for thousands of years. The bone remains of small-sized elephants and hippopotami are among the most notable exhibits. More bones of the Ice Age animals are still visible inside the cave.

A series of archaeological excavations held in the cave in the latter half of the 19th century have led to the discovery of five main layers of interest. Whereas no traces of any animal species were found in the lowest layer which consisted of clay, an extensive amount of animal bones were discovered in the ‘Hippopotamus Layer’. These bones were deposited at this site by water during the Pleistocene era, around 500,000 years ago. Pebbles and sparse animal bones belonging to species from the earlier layer were identified in the next one, while remains dating from 25,000 to 18,000 years ago were recovered from the ‘Deer Layer’. A sterile layer corresponding to a volcanic ash layer present outside, lies over the deer layer and the top layer. The ‘Cultural Layer’ holds the earliest evidence of human presence in Malta, some 7,400 years ago.

Besides its palentological and archaeological significance, the site of Ghar Dalam is also renowned for its ecological value. A garden planted with indigenous plants and trees introduce visitors to local flora. The site forms part of the Natura 2000 network of protected sites which includes Special Areas of Conservation (SAC) of International Importance and Special Protection Areas (SPA). This conservation status is due to a small population of endemic cave woodlouse, Armadillidium ghardalamensis, and a roosting site for the Lesser Horse-shoe Bat, Rhinolophus hipposideros. 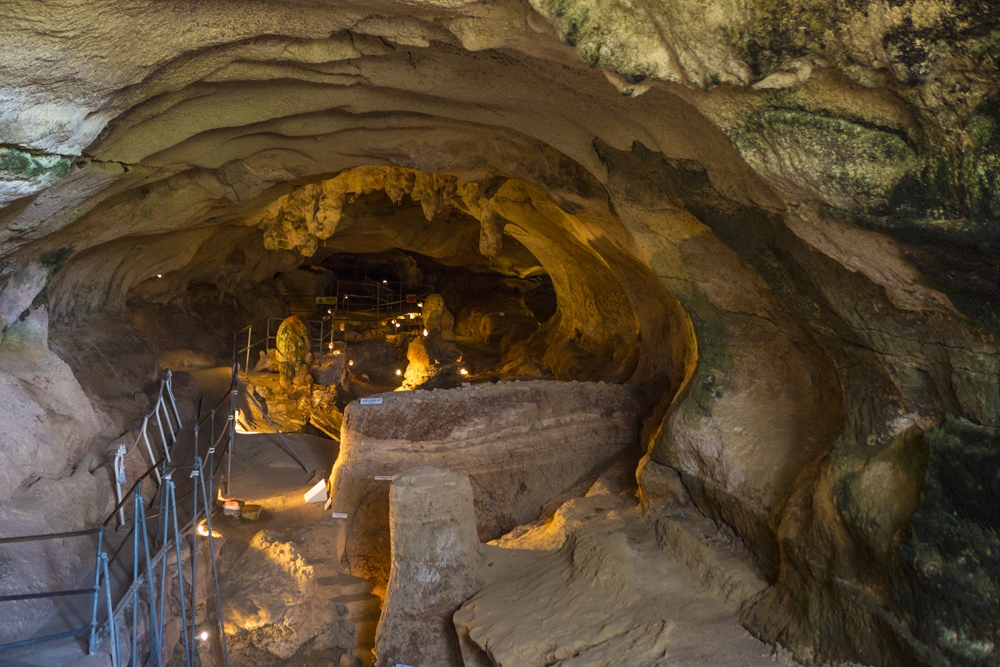