Some of the megaliths of the Ggantija Temples exceed five metres in length and weigh over fifty tons. Giants were believed to have constructed these prehistoric temples and that is from where their name originates.

Some of the megaliths of the Ggantija Temples exceed five metres in length and weigh over fifty tons. Giants were believed to have constructed these prehistoric temples and that is from where their name originates. Certainly, these ancient structures represent a phenomenal cultural, artistic and technological development in a very early period in human life.

Consisting of two temples which date back to between 3600 and 3200 BC, the Ggantija Temples are included in the UNESCO World Heritage List. The site is considered as one of the oldest free-standing monuments in the world, preceding Stonehenge and the Egyptian pyramids.

Notwithstanding their age, the temples survive in a considerably good state of preservation. This is noticeable in the boundary wall that encloses the two temples, and which is built in rough Coralline Limestone blocks. The hard-wearing Coralline Limestone is used extensively at Ggantija, and is one of the reasons behind the preservation of the monument. The softer Globigerina Limestone was reserved for inner furnishings, such as doorways, altars and decorative slabs.

Each temple consists of a number of apses flanking a central corridor. There is evidence of the internal walls having been plastered and painted over, as proven by two plaster fragments with red ochre, now on display at the Ggantija Temples Interpretation Centre.

Remains of animal bone discovered in this site suggest communal rituals and feasting. The use of fire is shown by the presence of stone hearths. A number of libation holes in the floor may have been used for the pouring of liquid offerings. It is probable that during ceremonial activities, the congregation would have assembled outside the temple complex, since the large forecourt in front of the two temples was purposely raised by the same temple builders.

Entrance to the Ggantija Temples is from a newly constructed Interpretation Centre that provides visitors with the opportunity to explore various aspects related to life in the Neolithic Period. The centre is also home to a selection of the most significant finds discovered at various prehistoric sites in Gozo.

Other Heritage Malta sites in the vicinity: Ta’ Kola Windmill. 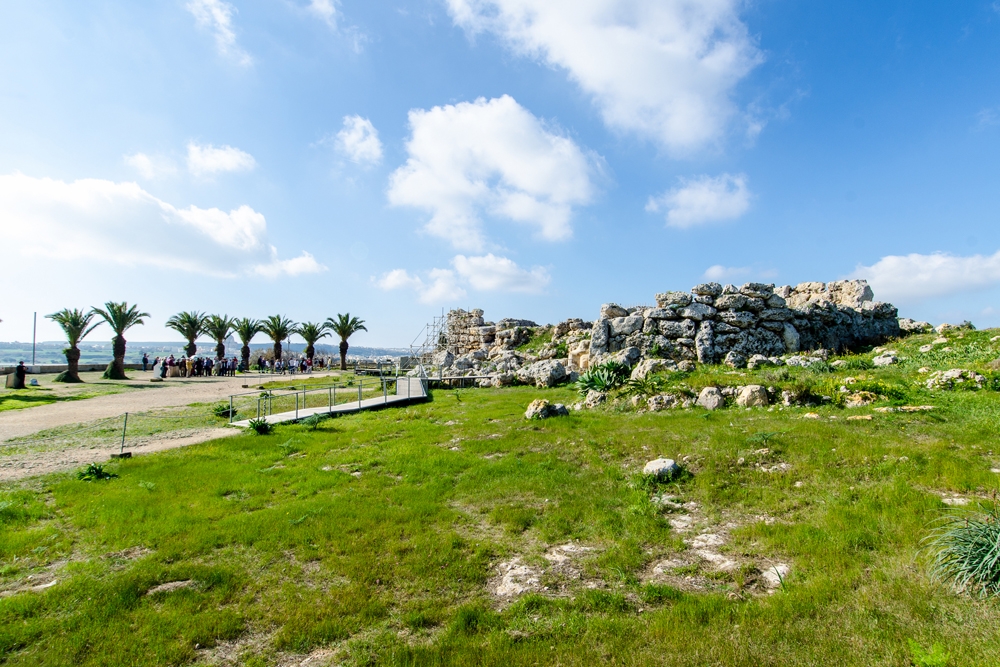