During the past thousand years, whoever gained control of Fort St Angelo could effectively rule the Maltese Islands. Therefore, no other fortress has been engaged with the same intensity in the shaping of Malta’s destiny. Nowadays, this fort is considered as the boldest memorial of the strategic importance of the islands and of the innumerable lives which were sacrificed for their dominion.

Due to Covid-19 opening times may change  and it is advisable to check prior to visiting.

During the past thousand years, whoever gained control of Fort St Angelo could effectively rule the Maltese Islands. Therefore, no other fortress has been engaged with the same intensity in the shaping of Malta’s destiny. Nowadays, this fort is considered as the boldest memorial of the strategic importance of the islands and of the innumerable lives which were sacrificed for their dominion.

Strategically located on a hillock, at the end of the Birgu peninsula, the fort dominates the Grand Harbour. The site attracted attention since antiquity, particularly following the islands’ colonisation by the Phoenicians. By 1274, the stronghold which was known as the Castrum Maris (castle-by-the-sea), consisted of two enclosures, each demarcated by an enceinte stiffened with round towers at regular intervals. The Sicilian overlords considered this fort as a guarantee of their interests in the Maltese Islands, and it was administered by loyal subjects under the title of Castellan.

After 1530, the Order of St John christened this military structure as Fort St Angelo and turned it into their headquarters. Between 1530 and 1558, it even housed the Grand Master’s residence. To step-up the then obsolete medieval castle, the Knights remodelled the building extensively with the construction of a series of artillery platforms which marked the introduction of the bastioned system of defence into the Maltese Islands. The rejuvenated sentinel of the Grand Harbour had a major role during the Great Siege of 1565.

Having turned once again into a derelict fortress, but still being the best option to safeguard the Grand Harbour, in 1689, military engineer Carlos Grunenbergh spearheaded its transformation into a forceful work, including four intimidating gun platforms with a capacity of some fifty artillery pieces.

A major upgrade in 1872 sought the introduction of three 9-inch rifled-muzzle-loading guns. In 1906, the Royal Navy’s Mediterranean Fleet relocated its command hub inside the fort which was enlisted as shore base, first renamed HMS Egmont in 1912 and HMS St Angelo in 1933.

During the Second World War, Fort St Angelo was once more called into action to offer protection against the Axis air raids. It suffered 69 direct hits during bombings. After the war, the fort continued to serve as the headquarters of the Royal Navy in Malta until the last detachment of foreign forces marched out of its walls in March 1979.

Today, Fort St Angelo offers spectacular panoramic views of the Grand Harbour and its surrounding fortified towns. Through traditional and innovative immersive displays, visitors can experience the colourful history and various architectural styles of this fort, together with staggering examples of artillery. 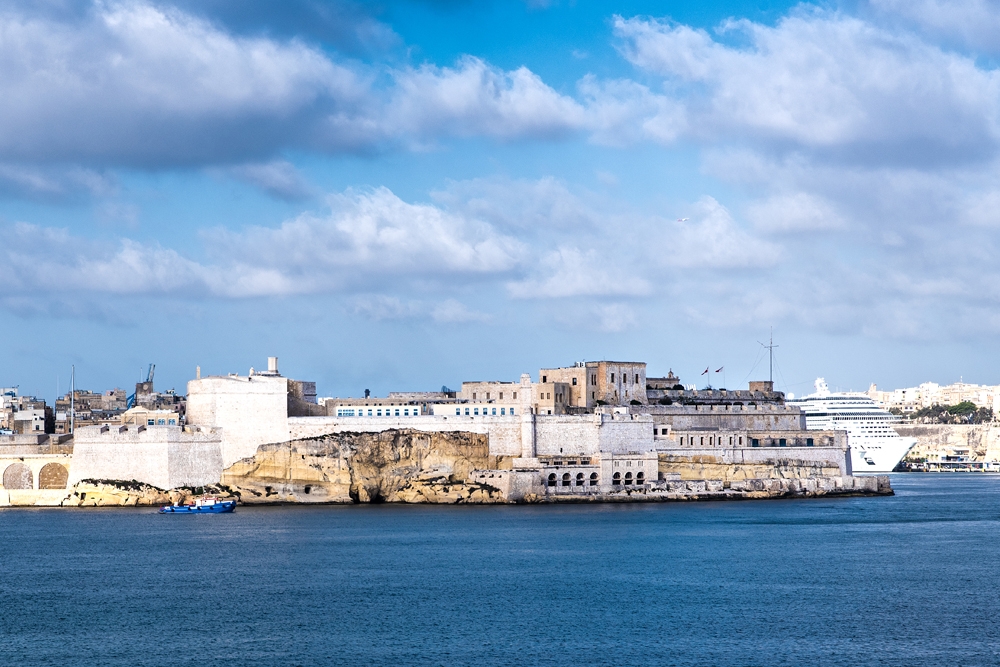