Jes Psaila - Hinge Project
The Hinge Project started in the late summer of 2018, having played a few local venues before recording new material at Temple Studios in October 2019. After a self-titled debut in 2014 and the DUOs project in March 2017, the Hinge Project is the third album by guitarist Jes Psaila. The eight compositions are made up of old ideas and new tunes specifically composed for this album. The arrangements are the collective effort of the quartet which is made up of Mark Attard (keyboards), Luke Briffa (drums) and Andre’ Micallef (bass guitar), each member contributing to the band’s particular sound. The style is instrumental fusion, the music is melodic, often mellow, and embraces jazz and rock influences. The band is planning its album launch later this year.

Nadine Axisa - Il-Ħoss tal-Għabex
Nadine Axisa is an established versatile singer, with a passion for smooth jazz, latin, swing and soul music. In December 2019 she released her second album, “Il-Ħoss tal-Għabex”, which involves the reworking of Maltese tunes most of which were published in the 1970s and 80s. The tunes were taken through a process of re-imagination, a journey involving experimentation from a melodic, harmonic, rhythmic and sonic perspective. The album received several favour reviews whilst being awarded best album in Maltese in the Malta Music Awards 2020.

Disclaimer
All necessary measures to ensure the health and safety of patrons, cast and crew are being taken. Masks must be worn throughout the entire performance and social distancing must be respected at all times. Temperature will be taken at the entrance and sanitisation stations will be available. Seating for this performance is limited. 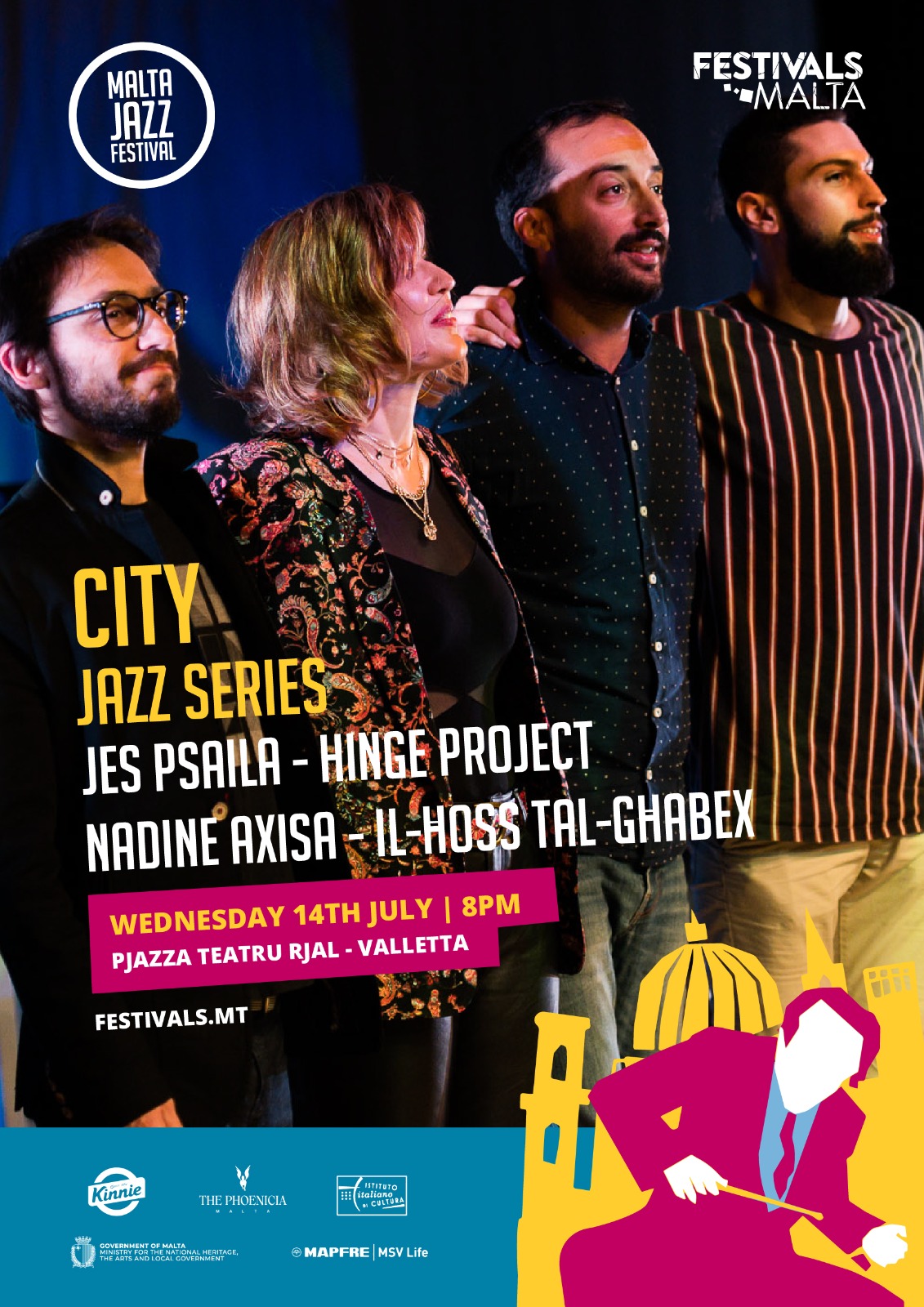