On Wednesday 1st June the internationally-acclaimed US pianist Alexander Kobrin, hailed as one of the most exciting musicians performing today, will be making a rare visit to Malta to deliver a one-off piano recital at the Robert Samut Hall in Floriana.

On Wednesday 1st June the internationally-acclaimed US pianist Alexander Kobrin, hailed as one of the most exciting musicians performing today, will be making a rare visit to Malta to deliver a one-off piano recital at the Robert Samut Hall in Floriana.

The concert will open with a widely-celebrated work by the genius composer Ludwig van Beethoven – his Piano Sonata No. 17, also known as The Tempest in reference to the Shakespearean play of the same name. A fierce and emotive work in three movements, the piece is characterised by moments of tranquillity alternated with passages of frenzied turmoil, and has consistently been in high demand as one of Beethoven’s most beloved works.

A special performance of Alexey Shor’s Piano Sonata in A-minor then follows, with an arrangement by the legendary pianist and composer Mikhail Pletnev. Representing a collaboration between a man who’s enjoyed a meteoric rise to the very highest echelons of contemporary artists, and a living legend in the world of music and composition, this melodious, flowing piece, written in three movements, is certain to grab the attention of all in attendance, providing a soothing interlude between Beethoven’s work and Modest Mussorgsky’s revered masterpiece, Pictures at an Exhibition.

Inspired by a visit to an art exhibition, Pictures at an Exhibitiontakes listeners on a musical journey, with each of its ten movements focusing on a different artwork. The piece was composed in 1874 in memory of Viktor Hartmann, a friend of Mussorgsky’s and the artist who was responsible for the works which inspired it, and has gone on to enchant millions of music lovers in its own right. Famous for being a fiendishly difficult suite, Pictures at an Exhibition had never been performed by the time of Mussorgsky’s death but has delighted countless listeners in Kobrin’s hands, whose interpretation of the piece has won plaudits and acclaim worldwide.

The concert is organised by the European Foundation for Support of Culture. 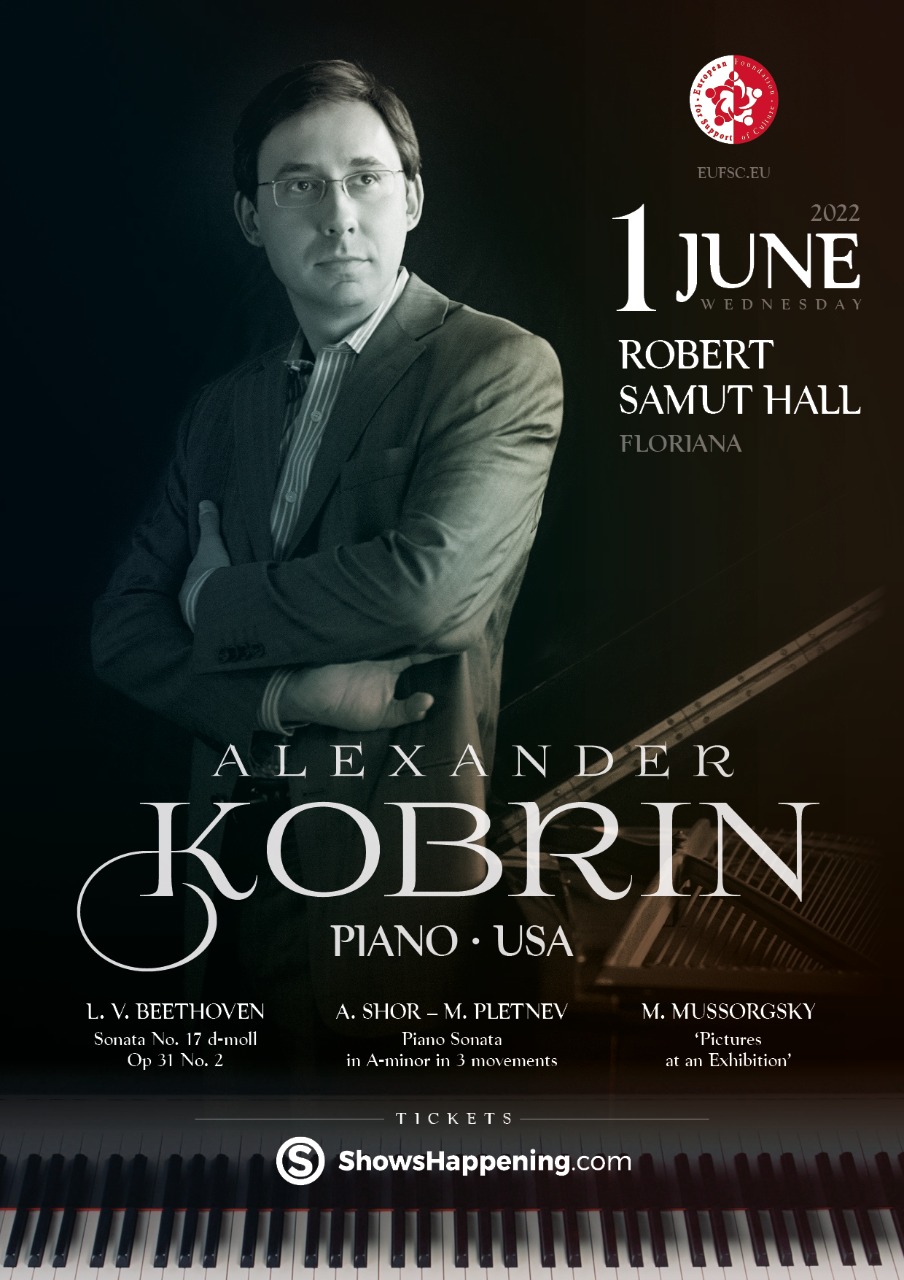