Strongly shaped by the raw and forward-leaning sound of 90’s Techno, Milan based artist Alarico Zucchi started his journey into electronic music in 2015 making his way through clubs as a DJ while learning the art of music production. The inauguration of ‘Alarico’ occurred in 2019 after previously exploring several sub-genres of Techno. The alias was formed as a statement to showcase a style that was personal to him. Personal in a way that he became captivated within the patterns and structures of his own sound.

Arthur Robert was born in Vienna, Austria into a Romanian family. His earliest memories include hugging a giant speaker just to feel the bass. At age 16 Arthur taught himself to DJ drum and bass music with vinyl. It was clear electronic music would mark the rest of his life.

In his early 20s Arthur moved to Amsterdam and soon became inspired by techno music. His first trip to Berlin’s Berghain sealed the deal and Arthur was determined to make electronic music for the rest of his life 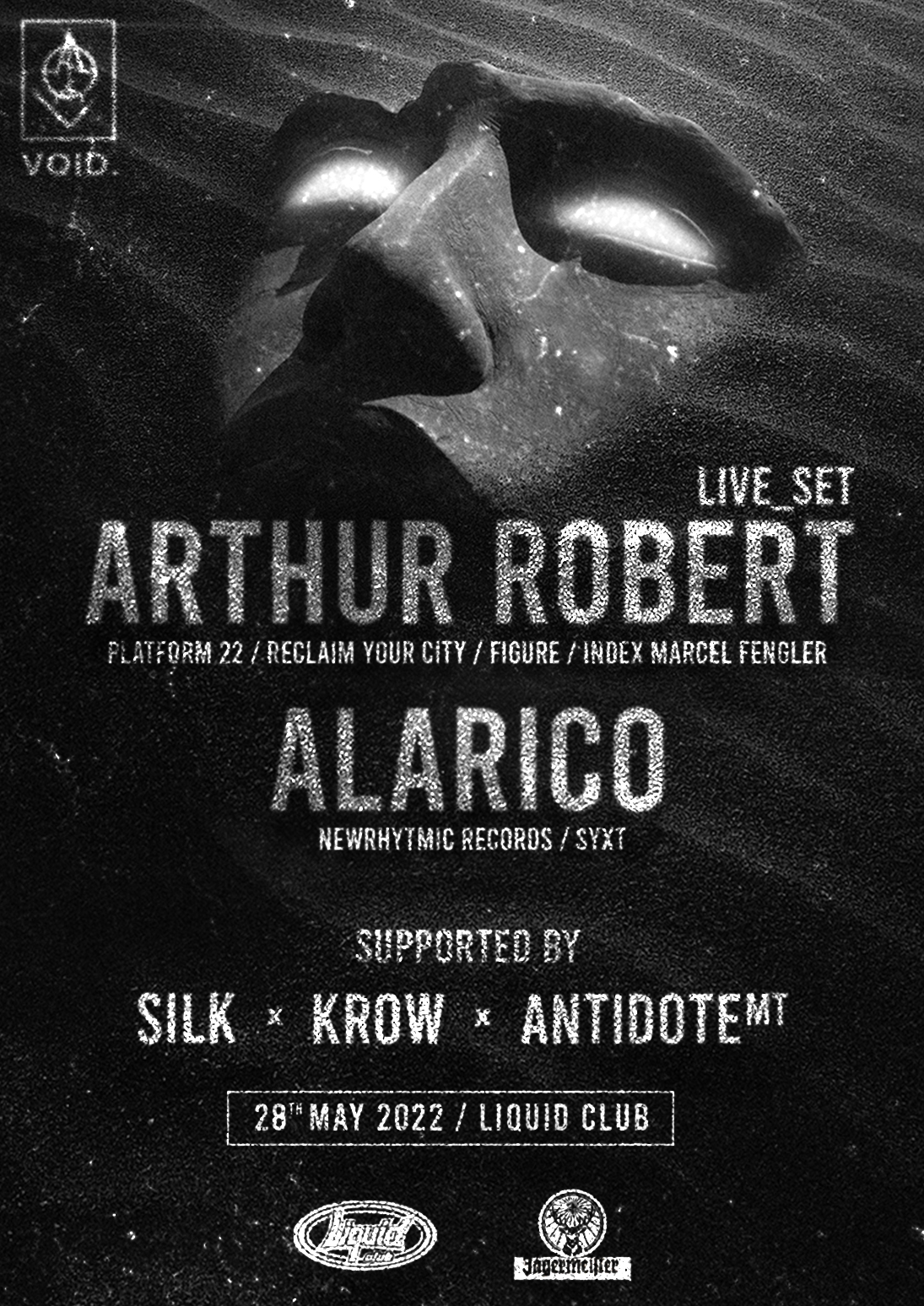