We are more than proud to announce rising star Beswerda [Afterlife] to join Mendoza on the 21st of May.

Select Refundable Booking at checkout to get a full refund in case you are unable to attend this event (sickness and COVID-19 coverage included). T&Cs apply.

We are more than proud to announce rising star Beswerda [Afterlife] to join Mendoza on the 21st of May.
Koen Beswerda is a Dutch melodic techno dj/producer and started producing electronic music in the year 2015. After figuring out his own unique melodic sound, he makes tracks like no one else. After his first releases on Tronic and Infinite Depth he started to get more recognition by bigger artists who support his tracks constantly. A lot of his unreleased tracks are already played by artists like Tale of Us, Richie Hawtin and Kevin de Vries, which he will release in the nearby future.
Info
* Saturday 21st May 2022
* Club Phoenix - Gianpula Village
* 9PM onwards
* Last Entry 11PM
Tickets
* Limited €15 tickets
Line Up
* BESWERDA [AFTERLIFE]
* TOXISM [STEYOYOKE]
* TPSY
* THIAS
* UNDEFINED
* ASHIBANE
Event brought to you by MOVE Real Estate 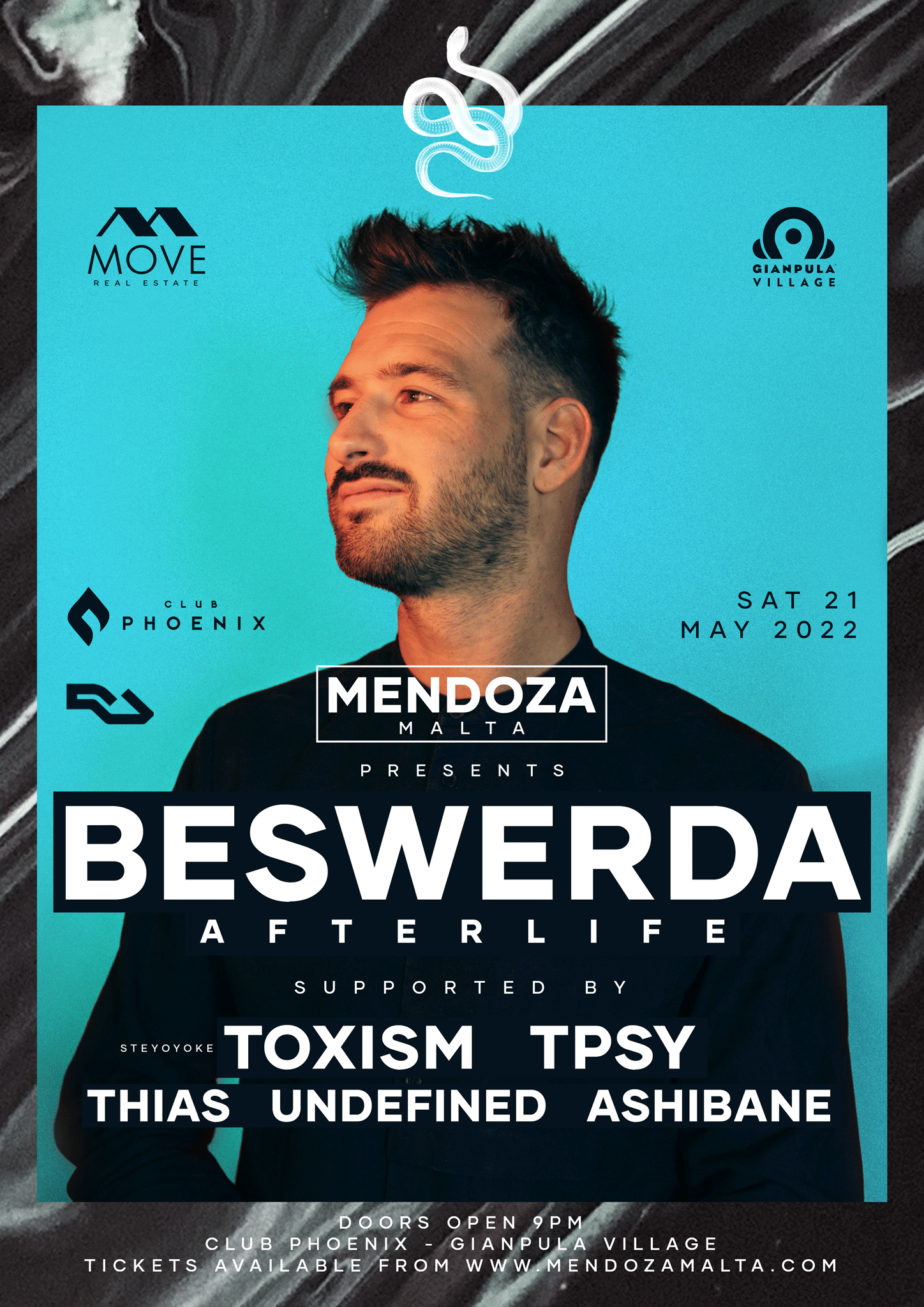