Good news. There is an offer on Sunday 24th 10:00AM. Please choose this date if you want to take advantage of this offer.

Ticket sales for MATILDA THE MUSICAL unfortunately have now finished!

Matilda The Musical, the multi-award-winning musical adapted from the incomparable children’s novel by Roald Dahl, will now be staged between 16th and 30th April 2022.
Touted as ‘easily the standout musical of the decade’ by the UK’s Sunday Times, and winning more than 90 international awards including 23 for Best Musical, Matilda The Musical is the timeless story of an extraordinary little girl who, armed with a vivid imagination and a sharp mind, dares to take a stand and change her own destiny.
With its script by Dennis Kelly and original songs by Tim Minchin, the show was premiered by the Royal Shakespeare Company in Stratford-upon-Avon in November 2010, before transferring to London’s West End where it continues to delight audiences both young and old today.
Matilda The Musical has also enjoyed sell-out runs around the world, including on Broadway, and tours of Australia, New Zealand, the US, the UK and Ireland. It has even had a non-English language production in Seoul, South Korea.
Running time: 2 hours 30 minutes including one intermission
Cast & Creative Team: http://www.masquerademalta.com/productions/matilda
Audience: 4 years and over 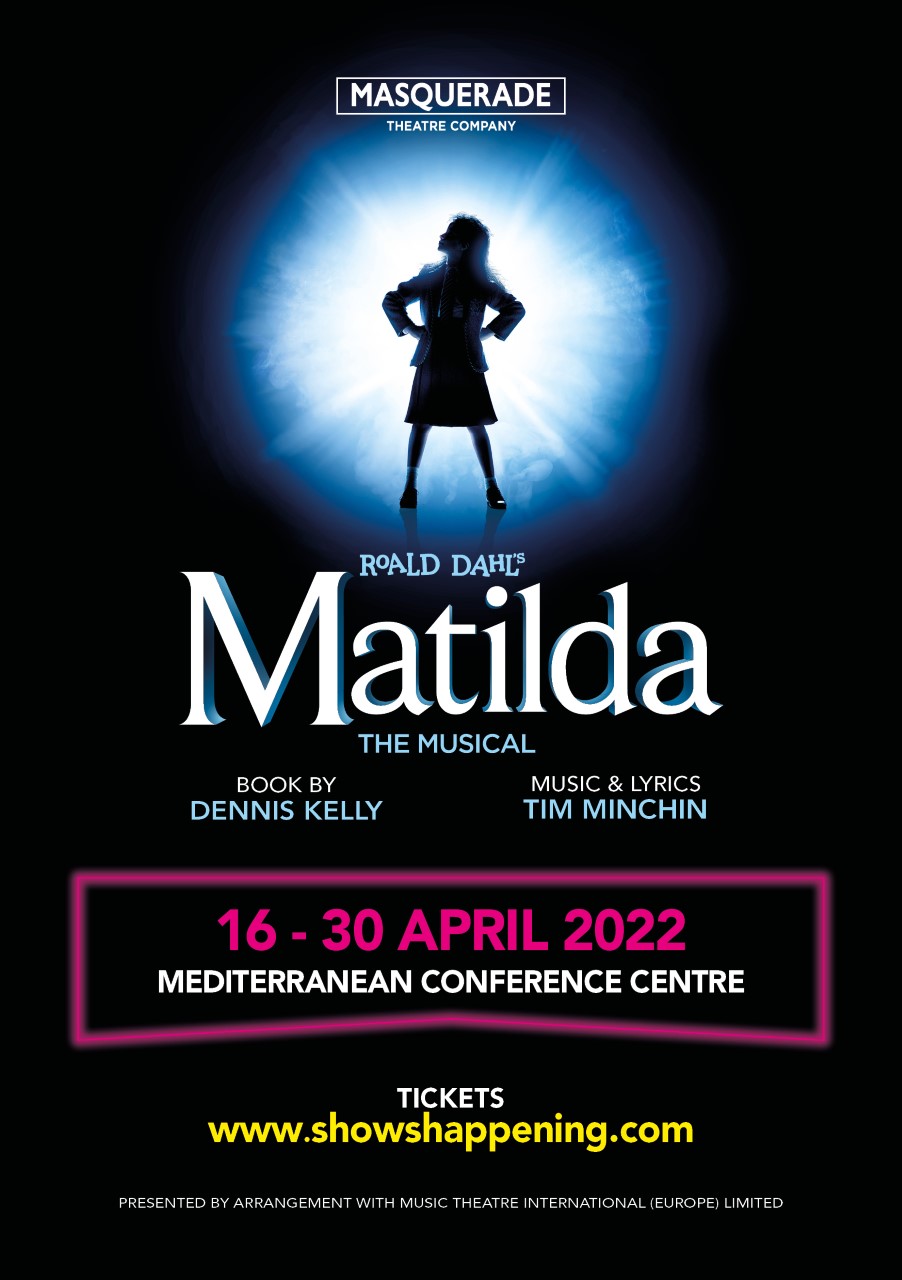