Its the first ever appearance on our islands of this iconic, multi-racial raggae group which helped define reggae music for a whole generation featuring Ali Campbell, the legendary voice of UB40. This concert is a fitting memorial to Astro, who heartbreakingly passed away in November, 2021. This concert is planned as a celebration of Astro’s music who together with Ali forged the original UB40, a group which took the world by storm captivating audiences everywhere they went.

Only with Ali Campbell can audiences get to experience the closest thing to the sound of the hugely successful original line-up of UB40 as all the hits play from their 3 earth-shaking albums. In the line-up also songs from ‘Unprecedented’, the 4th and last Ali & Astro album recorded together. ‘Unprecedented’ is fueled by the roots rocking spirit that powered UB40’s original incarnation. It is an album that injects a little reggae sunshine into even the darkest of days.

UB40’s roots dug deep into the reggae and rock steady rhythms of yesteryear and ended up producing three ever green Labour Of Love albums. Mention UB40 and is if by magic one can already smell the sea, cherish the sun and instantly hear recognizable balmy beat of pure classics such as Kingston Town, Cherry Oh Baby and the chart topper on both sides of the Atlantic with their reggae cover of Neil Diamond’s Red Red Wine!

This is the first time in Malta, so prepare your dancing shoes and come and join us in a once in a lifetime experience !! 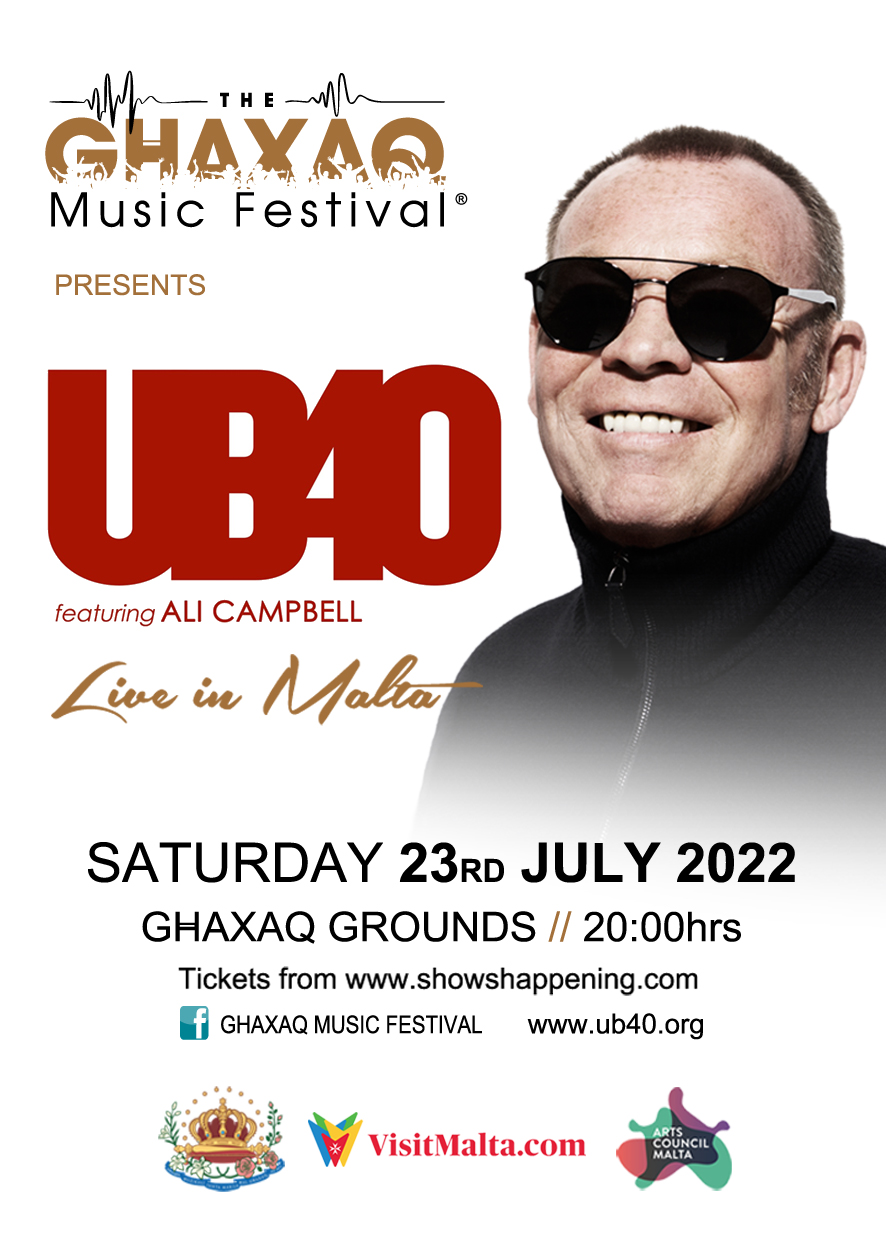