This November, transport yourself into Valletta of 1929 with Capitol Cinema and watch as Director Hannibal Publius Scicluna seeks to impress his distinguished guest with two special evenings in the halls of the Malta Public Library (a.k.a. the National Library of Malta).

This November, transport yourself into Valletta of the past with Capitol Cinema.  This edition takes you back to 1929 to an event organised by the Director of the Malta Public Library (as it was known at the time).

Director Hannibal Publius Scicluna, informed of an imminent visit by Mrs Thomson, wife of Capt. Thomson of the 1st Submarine Flotilla currently docked at the Grand Harbour, decides to create a special event in an effort to impress his visitor.  Knowing of her love of film, but unsure of her taste, he decides to create two nights at the Library wherein Mrs Thomson can enjoy a warm welcome with a drink, music and some of the best films produced in recent years.  A Chaplin fan himself, he is proud to have obtained a copy of the 1915 short, ‘The Tramp’, which he pairs with Buster Keaton's  'The General' from 1923 for a side-splitting comedy night on the Friday.  But, just in case comedy is not to her taste and to show off his knowledge of world cinema, he organises a second night of horror with the likes of 'Dr. Jekyll and Mr Hyde' and the German film 'The Cabinet of Dr Caligari' on the Saturday.

Join Director Scicluna and Mrs Thomson at Capitol Cinema to experience this wonderful evening of cinema and music.  And if inspiration strikes, feel free to join in the fun by dressing up in your best 1920s get-up!  Tickets include one free drink and a small snack for each ticket holder. 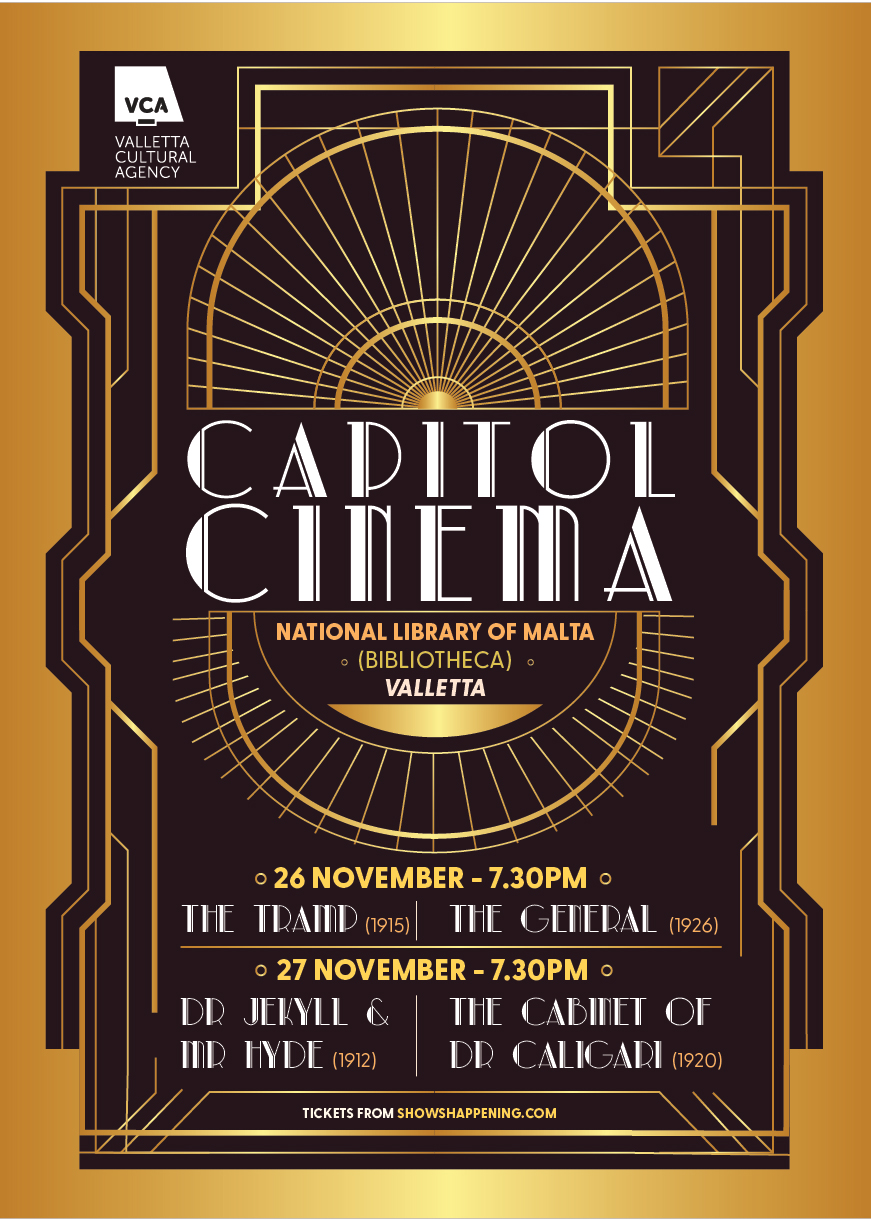