Ticket sales for The Lion King unfortunately have now finished!

Disney
THE LION KING
In Concert Live to Film (Age 3+)

Jon Favreau’s photorealistic computer-animated remake released in July 2019 was defined as “a roaring success”. Featuring a voice cast including Donald Glover, Beyoncé and James Earl Jones with songs by Tim Rice and Elton John, the live action film version is performed in Malta.

This family-friendly symphonic cinema event offers patrons a unique experience to experience the Disney classic whilst the MPO performs live the enigmatic soundtrack. 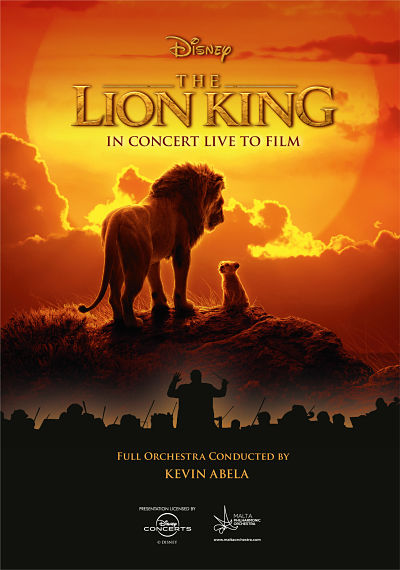